Live from Studio A: December Wind

This Indigenous group is led by Atsiaktonkie, a member of the Akwesasne Nation (also known as Mohawk, with a territory that spans Ontario, Quebec, and New York state). After focusing more on sports in his youth, he transitioned to being a musician, and December Wind’s first album was released in 1999. When the band fell apart in the early 2000s, Atsiaktonkie became a solo artist, receiving two Native American Music awards for his efforts. Just before the pandemic shutdowns he decided to revisit December Wind the original bass player, Terry Terrance. With the help and encouragement of renowned Ojibwe performer Keith Secola and George Strong of Minnesota’s Bois Forte Band’s radio station KBFT, the band recorded their latest album, Hoka, at Rich Mattson’s Sparta Sound studios. During our interview they performed songs from the album and we learned they are already working on the next one with Secola at Sparta Sound, for release next year. The band has been doing a series of shows around Minnesota with Keith Secola this month; the next one is at Lyric Center for the Arts Annex in Virginia, Minnesota on Thursday, November 17. 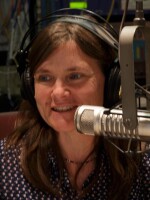