2019 was a year jam-packed with new music releases from indie rock legends and local favorites alike and we're excited to share some of our favorites of the year with you from KUMD's The Basement! At the end of each year, we like to recap the top albums* acording to our weekly charts, and for 2019, we decided to write another short piece about tour top albums at The Basement. Note that while we didn't have any local artists grace our top 15 this year, two of our favorite local releases we reccomend from 2019 were Charlie Parr's Self-Titled album and Life Parade's Suburban Life. Subscribe to our Spotify playlist at the bottom of this article to listen to our selections from each of the top 15 albums of 2019. Enjoy!

*The top albums of 2019 were calculated according to The Basement's Top Charts, which were tabulated weekly throughout 2019.

Blood Orange (Dev Hynes) returns once again in 2019, following 2018's release of Negro Swan, with Angel's Pulse, a new mixtape with notable guest features. Angel's Pulse features artist Toro y Moi on track 'Dark & Handsome' and artists Tinashe, Project Pat, and Gangsta Boo on 'Gold Teeth'. We are huge fans of Dev's modern sound and the journey that this album takes us on, from indie to R&B to hip hop.

Our Pick: 'Dark and Handsome'

Released in February of 2019, 'Mayonnaise' consists of an amalgamation of original songs, alternative versions of Deer Tick songs, and covers of songs by other artists. Across every song on this album, there's no doubt that the band, led by founder John J. McCauley's unique voice, is still producing some great music. This album took on some big-name artists with covers, such as The Velvet Underground's 'Pale Blue Eyes' and Ben Vaughn's 'Too Sensitive for This World' and did them justice.

Our Pick: 'Too Sensitive for This World'

Our Pick: 'My Friend's a Liquid'

Dude York's fourth studio album, following 2017's 'Halftime for the Holidays', is full of lighthearted lyrics and fun indie/pop-punk riffs. Guitarist Peter Richards and bassist Claire England go back-to-back throughout the album, taking the lead on vocals every other song. If you're looking for a great album for a fun New Year's Eve soundtrack, we suggest checking this album out!

Practically every song on the new Ages and Ages album feels like a warm summer day, which is something we can definitely use in Duluth in the middle of winter. (There's even a track on the album titled 'All the Sounds of Summer').  'Me You They We' is the Portland band's fourth studio album, and their first since 2016. We love that every member of the now 6-piece band sings on every track, creating some unique harmonies and moments during songs.

Our Pick: 'Needle and Thread'

Panda Bear's new release of 2019 is for Animal Collective fans that desire more experimentation. Noah Lennox of Animal Collective is the man behind Panda Bear, his side-project band. 8 albums and 3 EPs in, Lennox is still producing great music and , with 'Buoys', is also moving in a new direction. Fans of Panda Bear will note that 'Buoys' sounds distinctly different from previous releases, with scaled-down instrumentals and limited vocals.

9. The Raconteurs- Help Us Stranger

The Raconteurs are back in 2019, after an *11* year hiatus that left all of us wondering whether or not the band would get back together again. But alas, they made a big splash back onto the scene this year with an adrenaline-filled new album, 'Help Us Stranger'. Featuring Jack White on lead vocals, this album is slightly reminiscent of The White Stripes circa 'White Blood Cells'. If you're looking for one of the most-anticipated indie rock albums of 2019, this is probably it, and it's definitely worth the hype.

Our Pick: 'What's Yours is Mine'

The Flaming Lips sure aren't showing any signs of slowing down in 2019, even considering frontman Wayne Coyne just became a father this year with his wife Katy. 'King's Mouth' is one of the best concept albums of the year, and one of the first attempts by the Lips at such an album. If you're a fan of The Clash, be sure to check out this album, which features Mick Jones on several tracks, narrating a story about a baby with a giant head.

Our Pick: 'The Sparrow'

Our top hip-hop album of the year goes to BROCKHAMPTON. Kevin Abstract, the leader of the hip-hop collective known as BROCKHAMPTON, announced the album earlier in 2019, citing difficulties with the creation of his solo album, Arizona Baby. This album approaches many deep topics, such as depression and anxiety, while giving songs upbeat tempos that are almost dance-able.

6. Vampire Weekend- Father of the Bride

Potentially the second-most anticipated release of 2019, after The Raconteur's 'Help Me Stranger', was Vampire Weekend's return. 'Father of the Bride' combines everything we love about the band, whether it's the witty lyrics, the upbeat tempo, or the memorable harmonies and refrains. This is the band's first album since member Rostam Batmanglij left following 2013's 'Modern Vampires of the City', and the band still shines in many of the ways we loved from before.

Our Pick: 'Married in a Gold Rush (ft. Danielle Haim of HAIM)'

5. Tacocat- This Mess Is a Place

Tacocat, a small quartet from Seattle, surprised us this year with one of the top-charting albums of 2019. 'This Mess Is a Place' was the fourth studio album from the band, and their first on the Sub Pop label. This female-led, feminist band uses their creativivity as a tool for talking about politics, women's rights, and more. We highly recommend this pop-punk album as a new addition to your 2019 year-end playlists.

Our Pick: 'Grains of Salt'

'Seeing Other People' could potentially be one of the last Foxygen albums released, at least for a while. The breakup album of 2019 from Foxygen, the duo of Sam France and Jonathan Rado, features slow, sad tracks such as 'Mona', and very upbeat tunes like 'Work' or 'Face the Facts'. It's great to hear the band re-defining classic/indie rock as a more-encompassing genre with their jam/psychedelic roots.

Justin Vernon (Bon Iver) has come a long way since his debut with 'For Emma, Forever Ago' in 2007. 'i,i' represents a distinct transition for the artist, as the album features a new, more avant-garde sound that highlights synthesizers and unique auto-tuned lyrics. As EB DeGross notes in their review of the album for KUMD from September, "i,i sounds less like thirteen separate tracks and more like one continuous piece of music". Read the full review here.

King Gizzard and the Lizard Wizard has been on a role for new releases. In 2017, the band had 5 new albums, but we missed them in 2018 with no new releases. In 2019 however, the Australian band gifted us with 2 new albums, with 'Infest the Rat's Nest' released later in the year. In an interview with Rolling Stone, frontman Stu Mackenzie descibed the band's desire to create a "blues-boogie-shuffle-kinda-thing" record with 'Fishing for Fishies'. This album sits in direct contrast to the late-2019 release of 'Infest the Rat's Nest', which is definitely geared towards the more punk-rock loving fans.

Our Pick: 'Fishing for Fishies'

Our top album of 2019 comes from a band that also has been on a hiatus since 2014. Patrick Carney and Dan Auerbach are back as The Black Keys, and are sounding more arena-rock ready than ever before. 'Let's Rock' is simply a great feel-good rock and roll album and has a much more polished sound than previous Keys albums. While this album was released mid-year, it still had enough spins on The Basement to earn it the honor of being our #1 album of the year! We highly recommend this solid new release one of indie-rock's most legendary bands of all time. 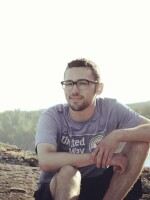